I have a confession to make-  I recently realized that I have a slight problem, and it’s with running.

It’s about seven months in the making…and at first I didn’t even realize that it was my problem, I’ve been in denial for a very long time.  Over the past year, I’ve completed three Half Marathons.  First, the MU Half in November ’13, then the Emerald Isle Half in March ’14, and the Rock n’ Roll Raleigh in April  ’14 {the last two were about two weeks apart}.  I used to love running, and I actually enjoyed training, the “runner’s high”, the whole nine yards. 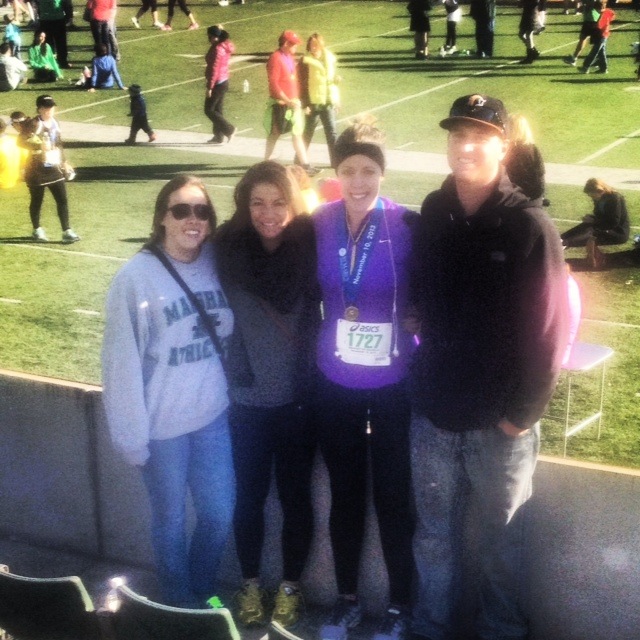 After the MU Half with some of my cheerleaders, Jimmy, Molly, and Jess

However, since I’ve run in the two Half’s {Halves?} back to back at the beginning of the year, I’ve found it almost impossible to make myself run more than 4-5 miles at a time…literally, impossible.  On top of that, I haven’t wanted to do it more than twice {maybe three} times a week if I’m lucky, which is incredibly uncharacteristic of me.  I didn’t get it, I couldn’t wrap my head around it.  I wasn’t “out of shape”, and running those distances is normally a breeze.  Knowing how mental distance running is, I knew that aspect of it was part of what was standing in my way, but I didn’t understand why.  Then it hit me.

I had fallen out of love with running.  Our relationship hadn’t been handled properly, it freaked me out, I was rebelling- I changed my mind, I didn’t want it anymore. 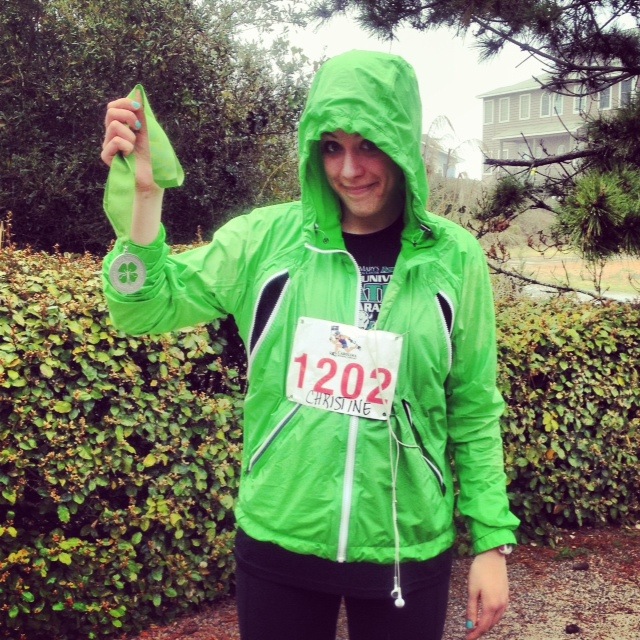 After a VERY rainy Emerald Isle Half

Now, let me back up a bit and set the stage, because running two half’s in three weeks is TOTALLY doable.  When I ran in the Marshall Half in November, I loved it and I wanted to do it again.  I had yet to complete a Rock n’ Roll series race and I had heard great things about them.  When I found out that Raleigh was hosting an inaugural RNR, I jumped at the chance to complete one in my home state.  A few weeks later, my best friend from high school, Ali, and her sister were going to run in the Emerald Isle Half two weeks before the Raleigh RNR {we spent our summer’s on Emerald Isle growing up, and we thought it would be the perfect race to run together}.  So, I said “sure, why not? I’ll already be training anyway…no big deal”, and I signed up for both.

Then, the Polar Vortex of 2014 happened…anyone remember that crazy ish??  I know I’m a baby when it comes to cold weather, never living below the Mason Dixon line, but those couple of weeks did not play.  It was bone chilling cold in WV, as some of you may remember.  It’s not an excuse, but it really threw me off in terms of my training, and then I let it get away from me…it’s my own fault, I take full responsibility.  The problem is that I still ran in the two half’s, and I didn’t love it the way I did the first time because I was unprepared…it burned me out.  I ran the whole time and crossed both finish lines, all while coming up with every explicative imaginable in my head.  I didn’t realize it at the time but I had fallen out of love with running.  Like when you have that relationship that is nothing but exhausting, and even if you don’t instantly leave it, you mentally check out. 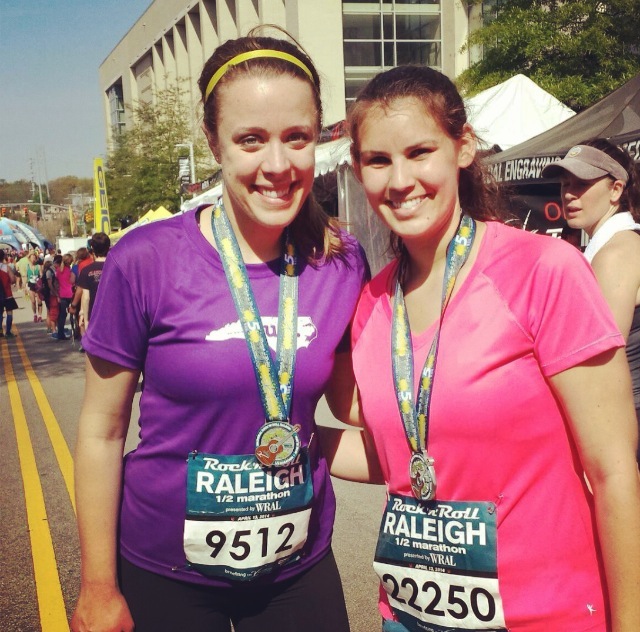 With friend and former co-worker, Amanda, who also ran in the RNR Raleigh Half

I initially came up with the analogy that I had subconsciously “broken-up” with running.  While that is partly true, I also mistreated the process, I disrespected it, almost.  I took for granted the fact that I can run, and that being able to run in distance races like a half or a full marathon isn’t something I can just “have” whenever I want.  You have to train for it, you have to earn it…and within that process you will enjoy it.  I think I somehow forgot that along the way, and the fact that I knew I could push myself through the 13.1 miles no matter what, tricked me into thinking I could slack off when I didn’t have “perfect training conditions”.  {Is any of this making sense to anyone or am I just rambling at this point?}

Except, when it comes to running, I’m like a crazy ex-girlfriend.  After admitting that I took it for granted and hated it for awhile, blah, blah, blah… I’m ready to give it another try.

My finish line?  While not as long as my past races, the Durham Renaissance Center Turkey Trot 8K.

When I was at home in Durham this weekend, my family and I decided to sign up for another Turkey Trot on Turkey Day {we completed one in Raleigh last year, and we loved it so we decided to do it again, this time in D-Town}.  I know that an 8K isn’t the longest distance ever.  I could walk out of my front door right now and crank out an 8K if I needed to, but the thing is, I want to be good at it {aka fast}.  I’ve decided to just use this as a way of sticking my toes in the shallow end when it comes to training and running.  While I have a ballpark idea of how to workout/what to do to get ready, it’s nice to just have a goal to work towards again.

I’m hoping this will help get me reacquainted with my long lost lover, and from there, who knows what the future will hold for running and me. 🙂

Has anyone ever had a similar experience?  What did you do to overcome your running slump? {Or keep it from happening in the first place?}

Welcome, I'm so happy you're here! I'm Christine, a blogger who's recently moved back to NC, now living in Charlotte. I love learning about everything life has to offer. Do I take myself seriously? Rarely. Do I take living a full, healthy, and balanced life seriously? Always. It's all about the journey. So tell me, what are your "Skinny Fingers"?

There was an error retrieving images from Instagram. An attempt will be remade in a few minutes.

The Fitnessista’s ‘Build Up Your Blog’